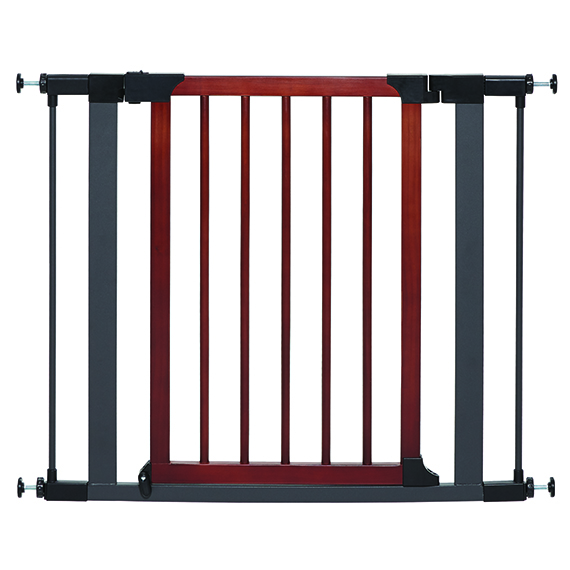 About Steel Pet Gate with Graphite and Decorative Wood

You can relax knowing your pet is secured by durable wood and a sturdy steel frame. The gate stands 39″ high to contain most medium to large dogs. This isn’t just a pet gate – it’s a beautiful addition to your home decor. The textured graphite frame is complemented by a timeless wood door for a stunning gate that is sure to stand out. With this gate, you can choose which direction the door swings using the convenient auxiliary lock.

193 reviews for Steel Pet Gate with Graphite and Decorative Wood